Shark’s Cove is arguably the most iconic snorkeling spot in the world. It consistently ranks in the “Top Shore Dives in the World” lists. We want to share our favorite summer snorkel spot with you and provide everything you need to enjoy the experience!
With this self-guided tour, you'll get a small bottle of biodegradable baby shampoo as defog for your mask, a dry bag, a snorkel mask and fins, a life vest, and some great tips on where to snorkel and the best routes.

The calm clear waters of Sharks Cove hold an impressive amount of sea life. The volcanic rock formations of the small bay coupled with a sea bottom made of large smooth rock formations provide a protective environment for marine life to thrive. This is no coral garden, so don’t expect rainbows of colors, but you won’t be disappointed with the lack of fish and the occasional sea turtle that ventures into the cove. Needless to say, Pupukea and more specifically, Sharks Cove, is a snorkeler’s paradise.

For this snorkel experience, there are 3 main snorkel locations that are all within walking distance of Pupukea Beach Park, where we meet you with the gear.

Shark’s Cove is a part of the Pupukea Beach Park on the North Shore. Not to worry if the name is not familiar; the location is nestled between Sunset Beach and Haleiwa, making it a convenient location for anyone who is exploring the north side of the island. This location alone has enough to keep you busy all day.
Sharks Cove has a rocky entry into the water. We’ll help you out by showing you the best entry point, but if you are uncomfortable with uneven ground and using your hands and feet to make your way to the water, the next snorkel spot, Three Tables, will be a better fit for you. 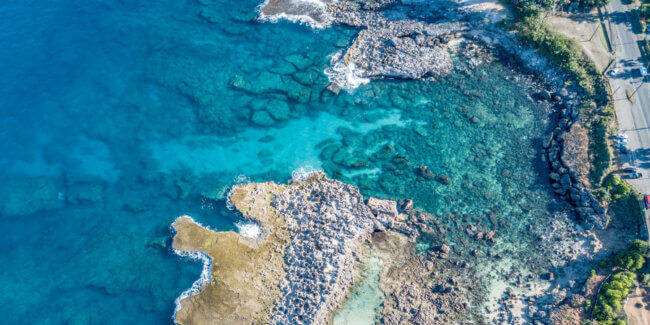 Snorkeling the Perimeter of the Cove

There are always fish hanging about, especially along the edges of the cove, along with scattered coral and sea urchins. If you are lucky you’ll also see sea turtles (more common) and sting rays (much less common). 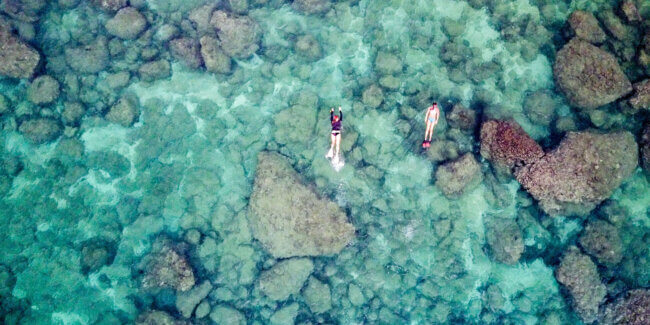 Shark’s Cove is great for beginners and even better for more experienced snorkelers. With all sorts of lava tubes to check out and varying depths around the whole cove to dive down to, you can explore some sweet pockets of ocean life. 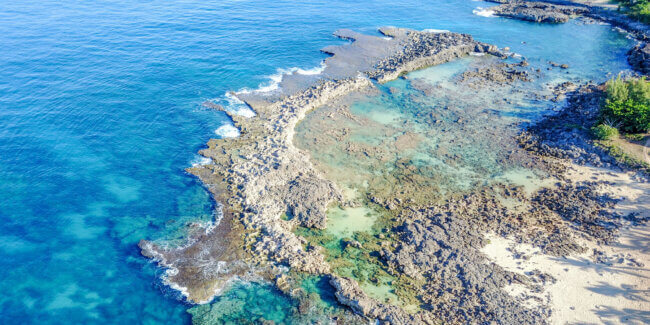 If some of your party decide not to snorkel, or don’t like deep water there is also a great place to wade and explore on the south side of Shark’s Cove. The Pupukea tide pools are a perfect option for families traveling with smaller children or for anyone who is not too keen on snorkeling.

All in all, Sharks cove is best for its interesting rock formations and great underwater views. 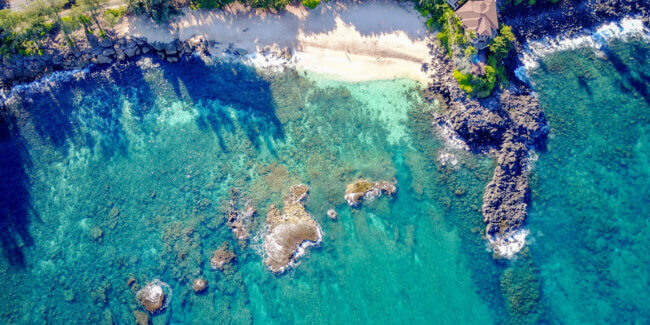 This location is just a short walk from sharks cove. For many people, Three Tables Beach is a better place to start snorkeling, especially if it’s your first time. There’s a perfect sandy entry area where you can walk into the water with your snorkel mask on and wade into the water where you can put your fins on without big waves pushing you around. The bonus for this location is that there is some live coral scattered throughout that whole area and turtles love hanging about the “table” rock formations of Three Tables. 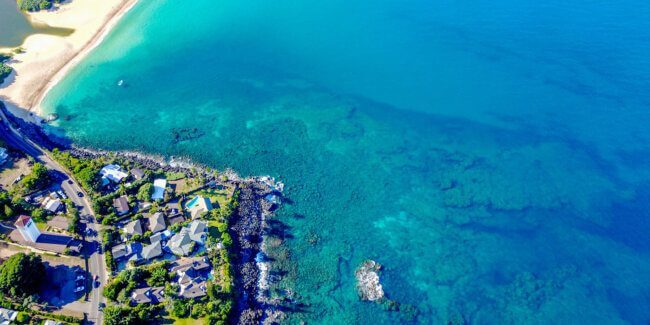 3. South Side of Waimea Bay

This far side of the bay is walking accessible. It’s about a quarter-mile walk from Three tables and is an option to mix things up if you are doing the 4-hour rental. The North side of Waimea Bay is known for its cliff jumping in the summer, but the south side of Waimea Bay has some nice snorkeling. Right at the water’s edge, there’s a fun rock that fish like to hang out at. All along the water’s edge, as you snorkel further along the rocky side of the bay, there are fish moving with the tide through the rocks. If you follow the shoreline amid the large round basalt boulders, you’ll find some patches of coral reef deep down and at the end of the point, there are massive lava boulders that litter the seabed. It’s a unique place for sure.

Shark’s Cove is located in an area famously known for some of the biggest and best surfing in the world. Please check the weather report to make sure there are no large swells on the day you visit. October through April is considered as the surf season with the biggest waves hitting the North Shore from December to February. With that in mind, the best time to visit Shark’s Cove would be in the summer months.

Shark’s Cove is popular and parking is limited. Be sure to get there in the morning for prime parking. If not, you may have to find parking further down the road and walk it in.
We suggest parking here: https://goo.gl/maps/jZ6HeqGDS7fZJCqNA
That parking area is less competitive in the mornings and still just a short walk to either of the snorkel areas. 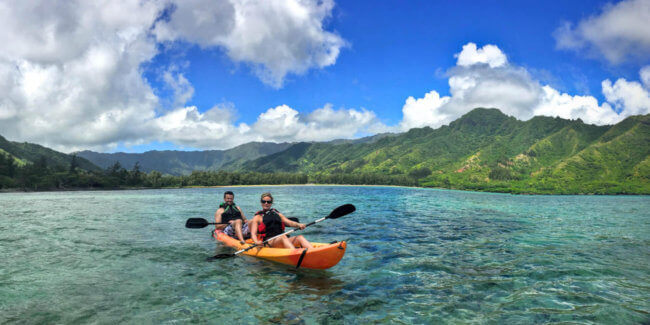 Check out our Tours 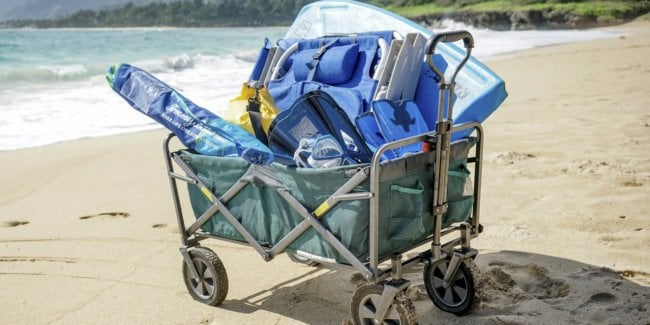 Planning a big event or want a convenient way to explore Oahu?
We deliver kayaks, SUPs, snorkel gear, beach chairs and more straight to your beach or address. 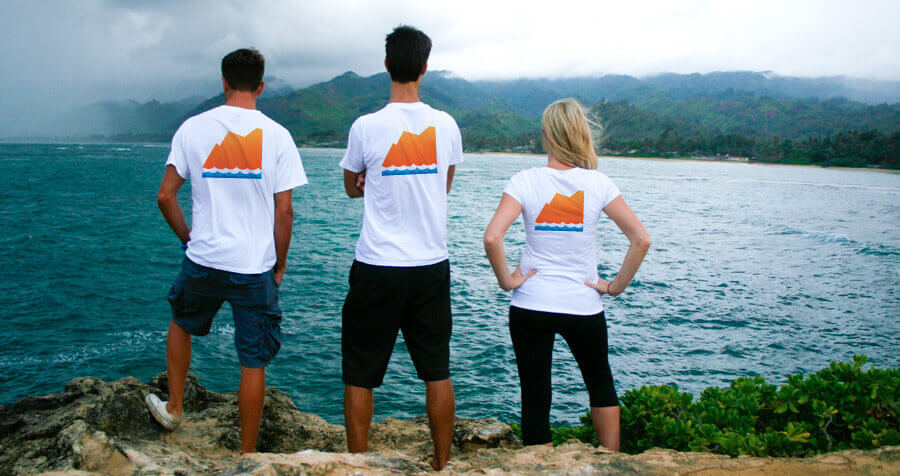 Get to know our company and what makes us the best to work with.

Not quite what you were looking for?

Book direct with our partners for activities like shark cage dives and skydiving.

This is the Best Kayaking Experience on Oahu. This self-guided* Oahu kayak tour takes you up a calm river into the secluded Kahana valley then out into Kahana Bay for a great view of the coast and mountains. Enjoy the picturesque landscape of turquoise ocean, secluded beach, green-clad mountains and plentiful jungle of Kahana Valley. The whole place has an amazonian like feel to it.

*No tour guide provided. You will need a 4-door vehicle (or vehicle with roof racks) to transport the equipment for about 1 mile. We provide foam pads and straps that fit most vehicles

Experience ocean kayaking to Mokolii on our Chinaman's Hat Self-Guided Kayak Tour*. We provide everything you need to have a great and safe time out on the water. You'll get kayaks, seat backs, life vests, dry bags safety equipment and private instruction before you set out on your own to experience Chinaman's Hat. Experience this one of a kind Oahu adventure with plenty of epic views. We suggest this tour for individuals who are experienced in kayaking or are comfortable kayaking in the ocean.

*We conveniently provide the kayaks and beach gear right next to the beach so you can easily have a great time out on Mokoli'i after we provide you with on-shore instruction, and helpful info.

*We make your Kaneohe Bay Sandbar experience a breeze. We'll meet you nearby the launch location and provide foam pads and straps so you can drive 10 minutes down the road and launch the kayak straight into Kaneohe Bay from He'eia Kea Boat Harbor.